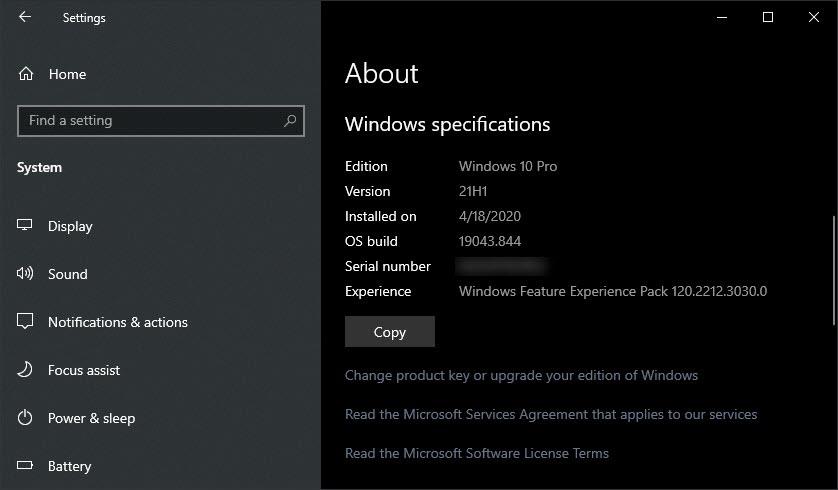 After six years of Windows 10’s “software as a service” model, the one lesson PC admins have learned is not to get too comfortable with Microsoft’s update rules. Every six months, things change.

Case in point: The soon-to-be-released version 21H1. It would be logical to expect this feature update to be packed with new capabilities, following the cadence that Microsoft established with its H1 releases in 2019 and 2020.

But version 21H1 has no significant new features. Instead, it’s similar in size and impact to the 20H2 release from the end of last year. Microsoft says version 21H1 consists of “a scoped set of features … delivered with servicing technology like that used for the monthly update process and how 20H2 was delivered.”

For those who are baffled by that Redmond-speak, allow me to translate. If you’re already running version 2004 or 20H2, this version will be delivered as a tiny update called an enablement package. The entire thing will take two or three minutes to install, just long enough to increment the major build number from 19041 (version 2004) or 19042 (version 20H2) to 19043.

To check the current version on your PC, go to Settings > System > About and look under the Windows Specifications heading.

On PCs running version 1909 or earlier, you can expect the much longer installation time that comes with a full feature update.

As for the “scoped set of features,” that’s a fancy way of saying that the handful of new features in this update are extremely obscure. How many Windows 10 installations, for example, have both an internal and external infrared camera used for Windows Hello biometric authentication and need a way to tell the system which camera to use? Not many at all. (For the record, this sounds like a specific ask from a corporate customer who pays enough in annual licensing fees to justify a custom feature request.)

Anyway, the upshot is that this is an extremely minor update, giving admins an unexpected breather until the next feature update is released in six months.

WHEN WILL THIS UPDATE BE RELEASED?

Windows 10 version 21H1 is following the standard timeline for a semi-annual feature update: it’s available now for anyone in the Windows Insider Program’s Beta channel. Assuming no significant problems arise, the next stop is the Release Preview channel, after which it gets a public release and begins a slow rollout via Windows Update. Each of the last three H1 updates have been officially released in May, so if you’re starting a betting pool, that’s the month to focus on.

After that official public release, Microsoft will begin offering it as an optional update. You’re free to install that update when it appears in Windows Update, or you can ignore it and go about your business.

Unless, of course, your Windows 10 version is nearing its end-of-support date, in which case Microsoft may send the version 21H1 feature update to your PC as a mandatory update. Are you at risk of being forced to update? For the answer, look up your current version on Microsoft’s official Windows 10 Release Information page.

If you’re running Windows 10 Home, Pro, Pro Education, or Pro for Workstations, all versions before 1909 are already past their end-of service date, and version 1909 will reach that milestone on May 11, 2021. If you’re running any of those versions, it’s in your best interest to upgrade to a newer version ASAP, while you still have the choice.

Devices running Windows 10 Enterprise or Education editions are still technically within the support window for versions 1803 and 1809, but just barely. The end date for those versions is also May 11, 2021. Windows 10 Enterprise version 1909, however, is on Microsoft’s longer support calendar, which means network admins can hit the pause button for one more year, until May 10, 2022.

For owners of Windows PCs running in homes and small businesses, that makes version 21H1 pretty a compelling upgrade, although those who are still running version 2004 can kick the can down the road till the end of the year; that version reaches its end of support on December 14, 2021.https://open.spotify.com/embed-podcast/episode/2GOWmaBuHTSz6yhHB59FwH